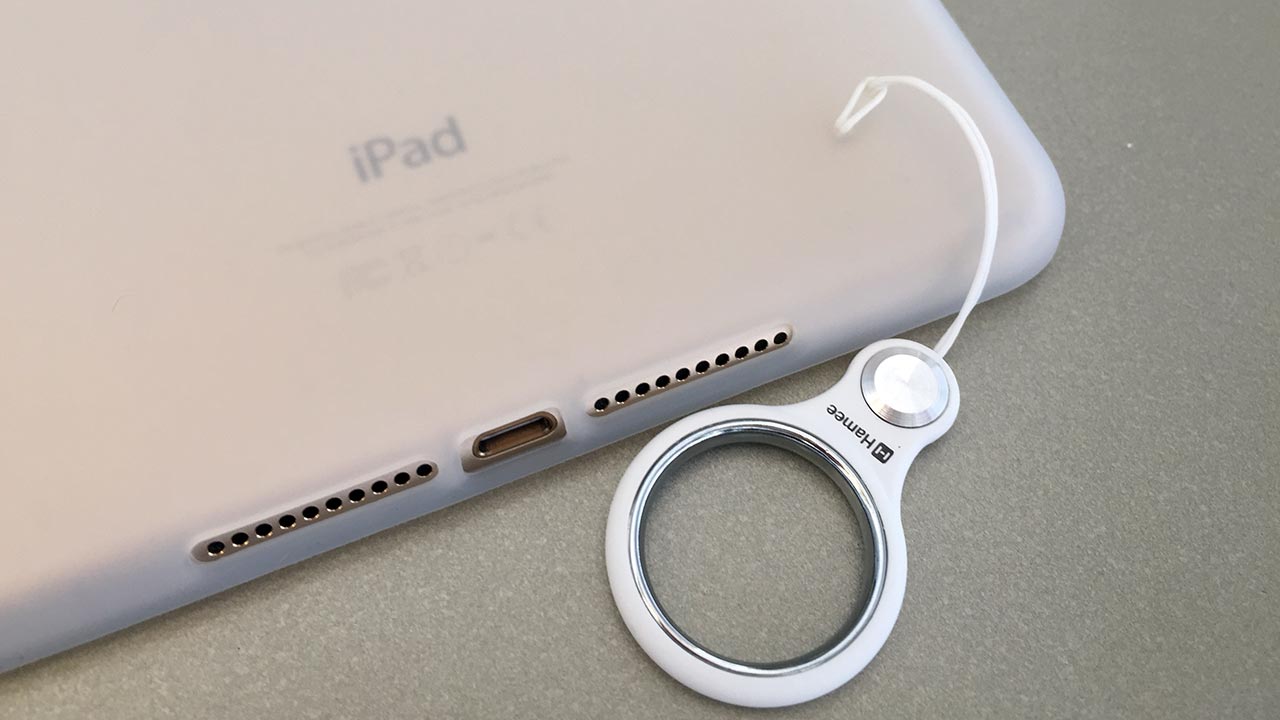 I just wanted to install a ring through my finger on my iPad mini 4. I wanted to use iPad mini 4 anytime and anywhere …
I searched for Amazon with a strap hole with Amazon’s back cover for iPad mini 4

“There is nothing, is this?”

There is no choice but to devise myself if it is not there!
So, I bought some items and tried and error. 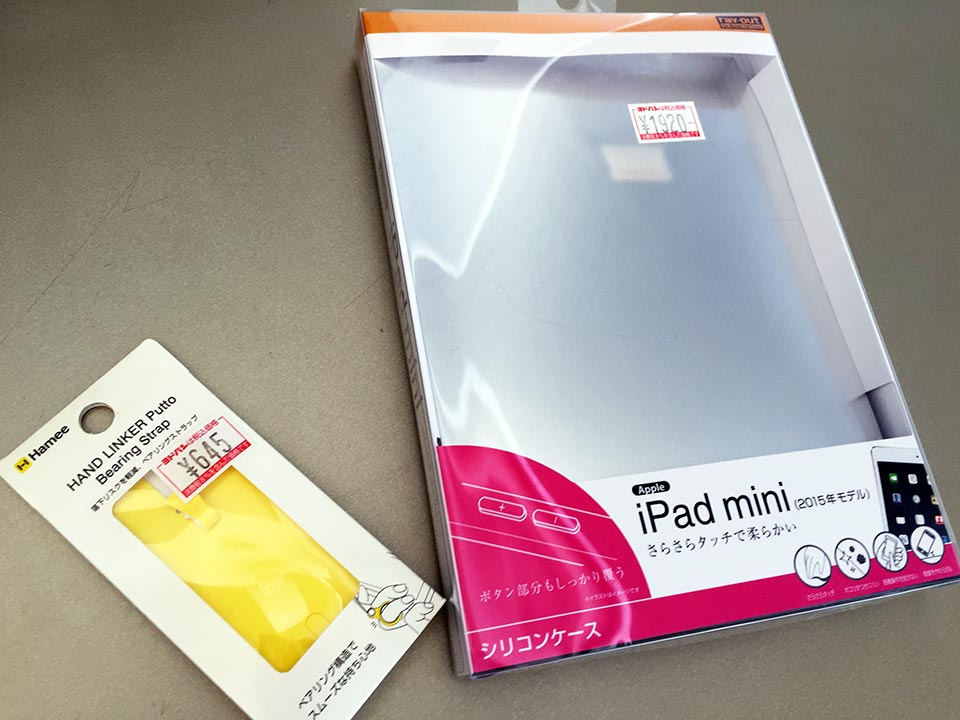 Ray-out iPad mini 4 Why did you choose a silicon case
“Price is cheap and silicon”
That’s why. It was important to be able to remove it easily because it was wanted to use it according to the situation, such as installing an original genuine Smart Cover at home and installing this silicone case … etc.
Since it is the purpose of wearing the ring so that it will not drop, contradiction arises, but that is a trade – off. Also, when attaching HandLinker Putto mobile strap to the position that I really agree with, I thought that processing would be necessary by all means. 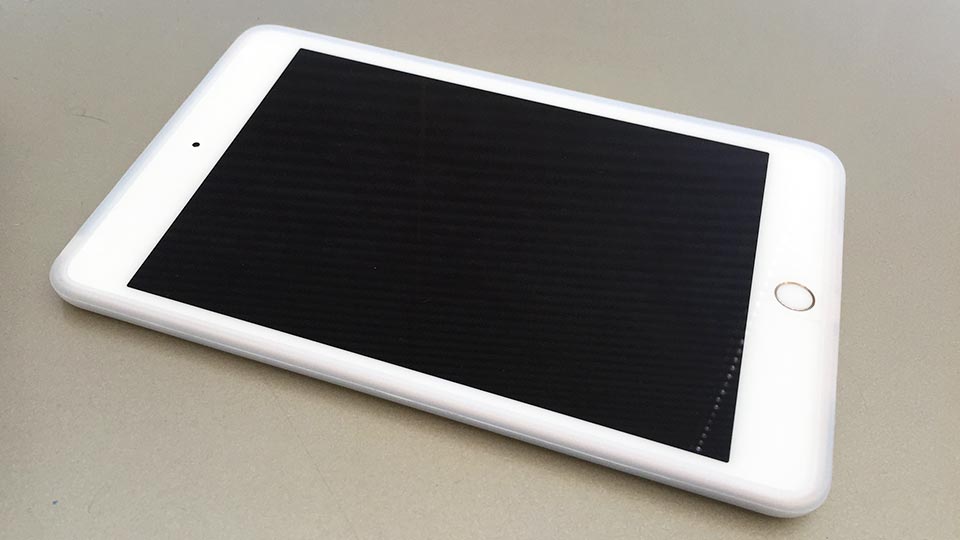 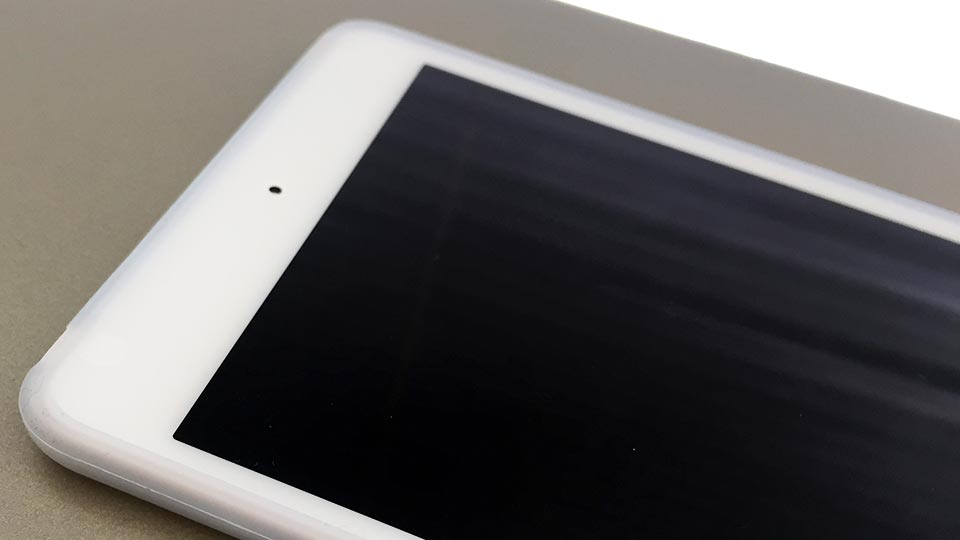 Shoot the top of the iPad mini 4. I think whether you will understand that the silicon case is mounted with a feeling of ugly by looking at the image. 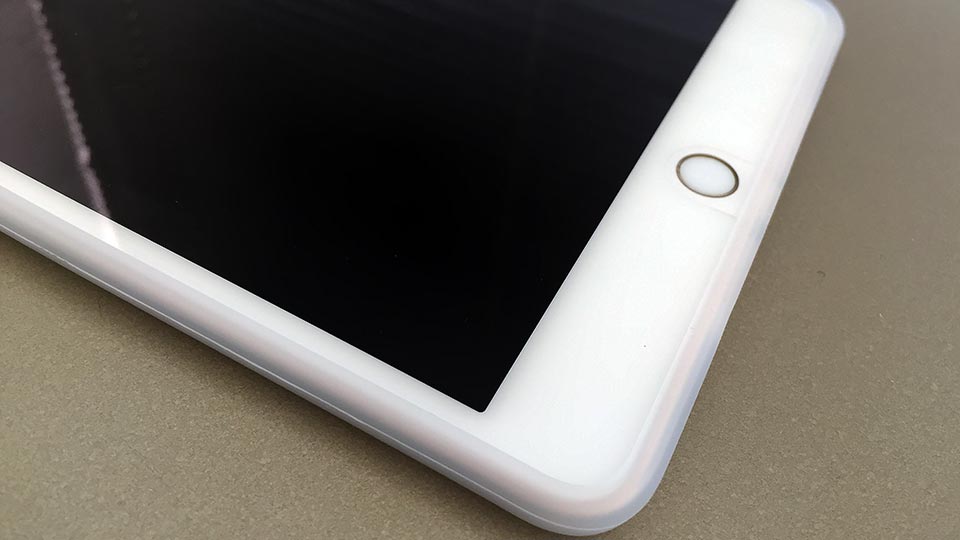 Then shoot the bottom of the iPad mini 4. As the deep part of silicon is exciting, fingerprint authentication is somewhat difficult to do. 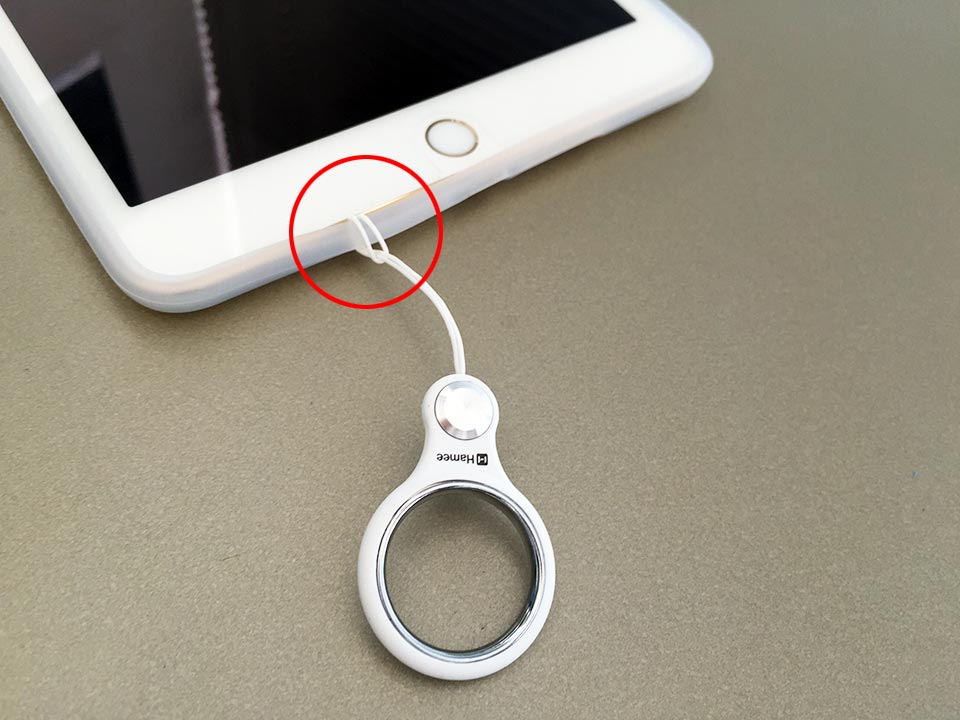 Let’s install HandLinker Putto Bearing Cell Phone Strap at last. IPad mini 4 I attempted to attach a strap to the bottom (the left part of the speaker), but already feeling bad … 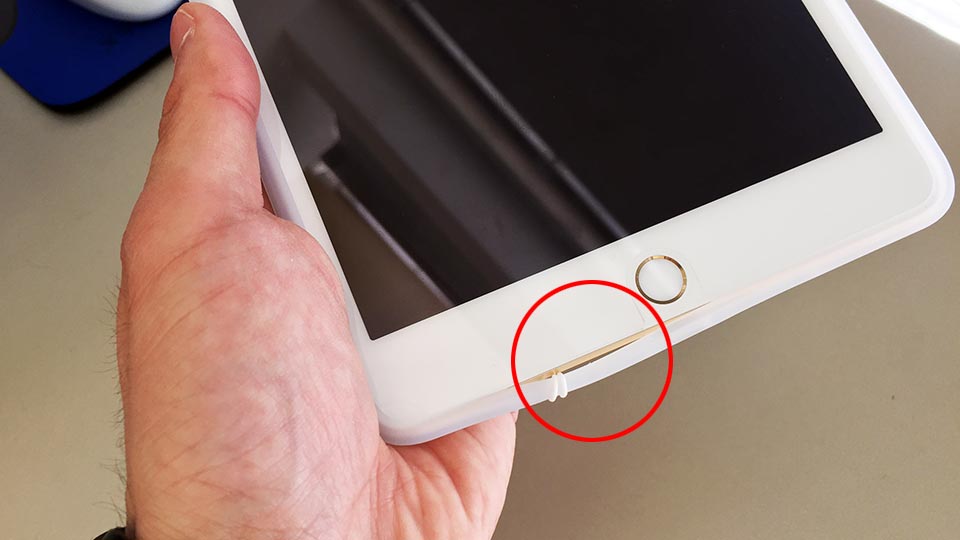 HandLinker Putto Bearing figure I tried to make a cell phone strap through my finger.
It is becoming a bellow, it is not good-looking. 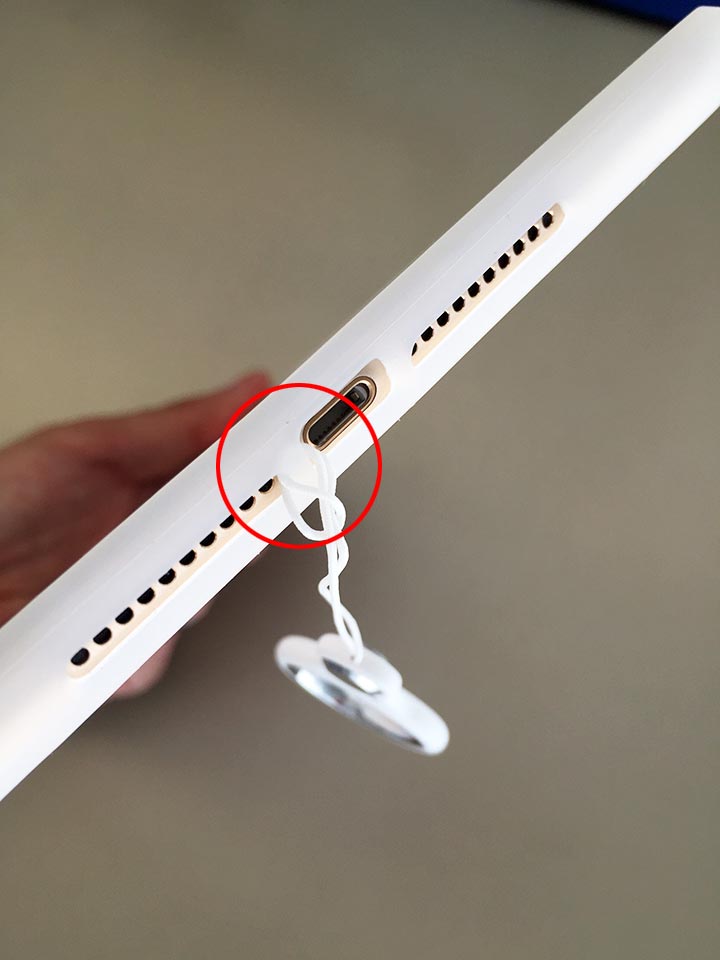 This time, I tried to stick to the silicon between the lightning port and the left speaker. 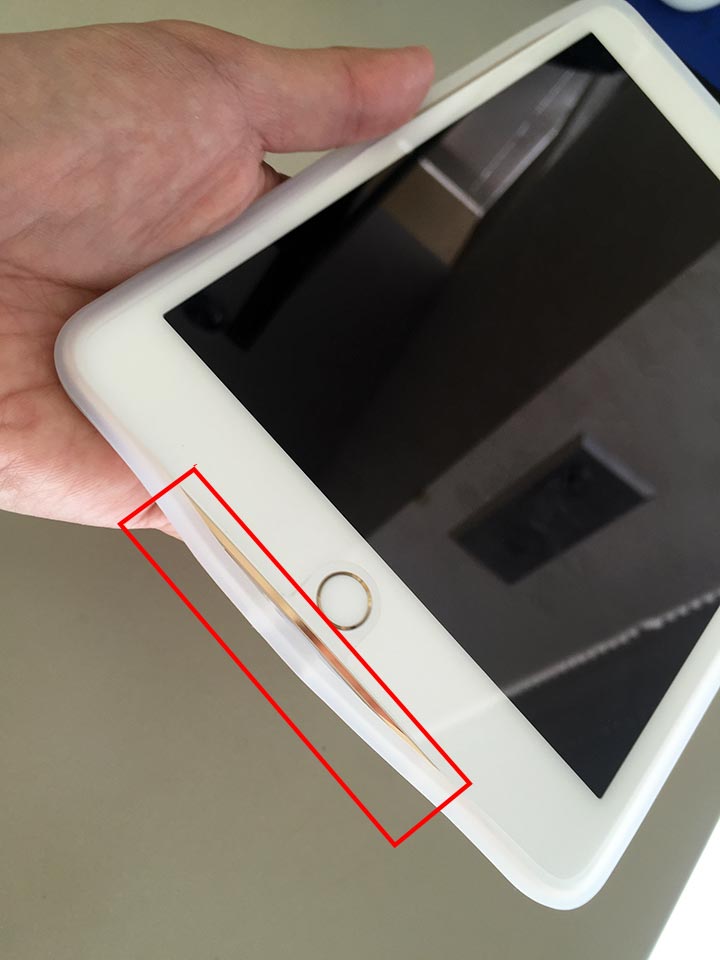 I tried finger through the ring in the same way.
After all it became BERON. 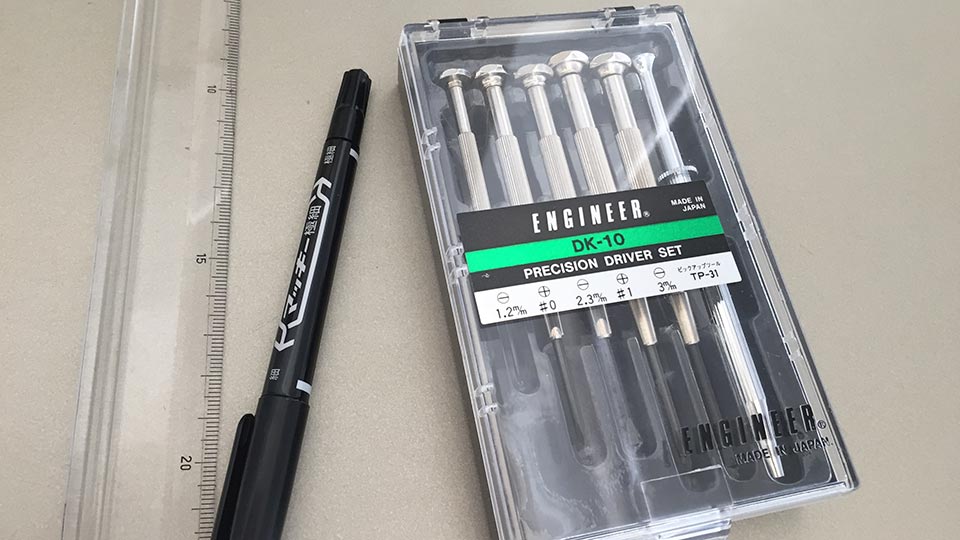 “Hey, there is no choice but to process it!”

We prepared a ruler, McKee and a precision driver.
Precision screwdriver is used to drill a hole in ray-out iPad mini 4 silicon case. I used a 1.2mm minus screwdriver. 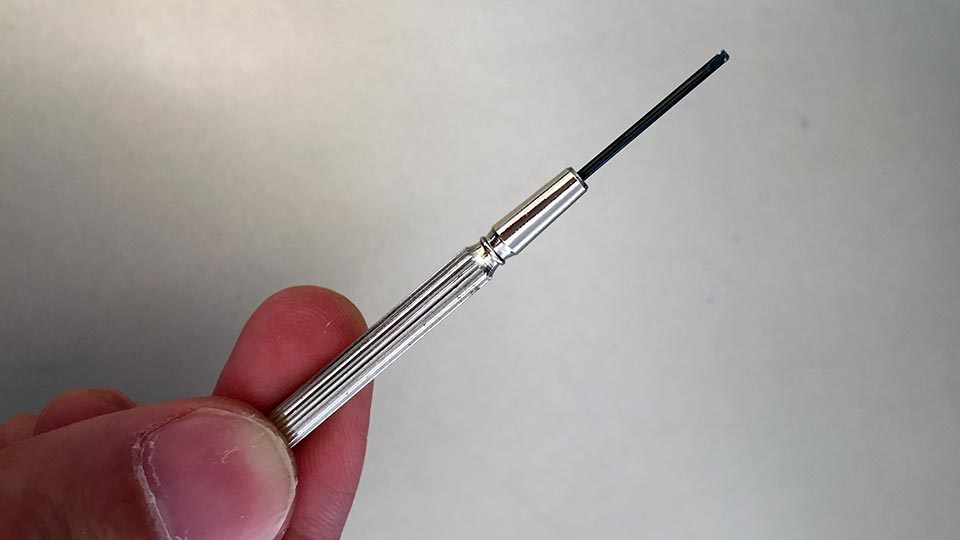 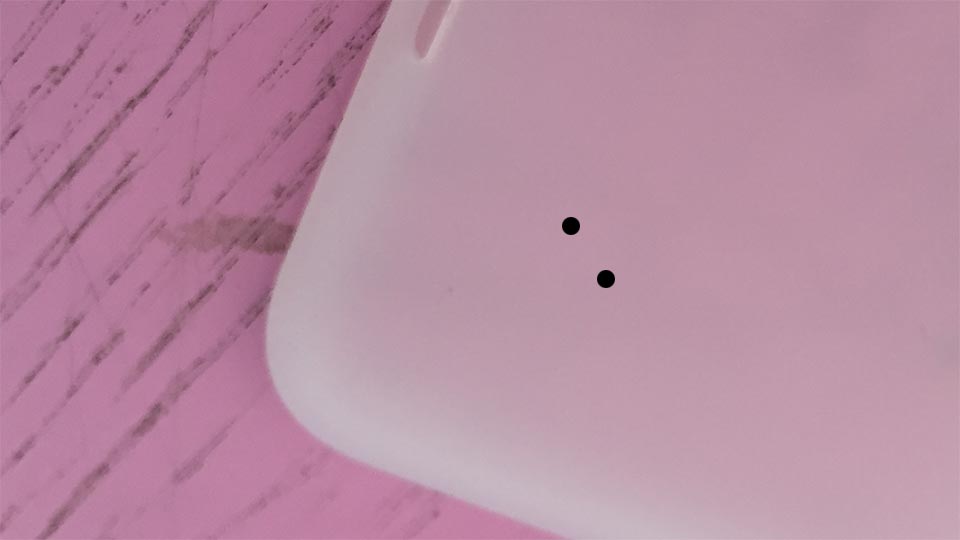 Ray-out iPad mini 4 We marked 2 points on the diagonal of the silicon case. The distance between the marked points was 7 mm. 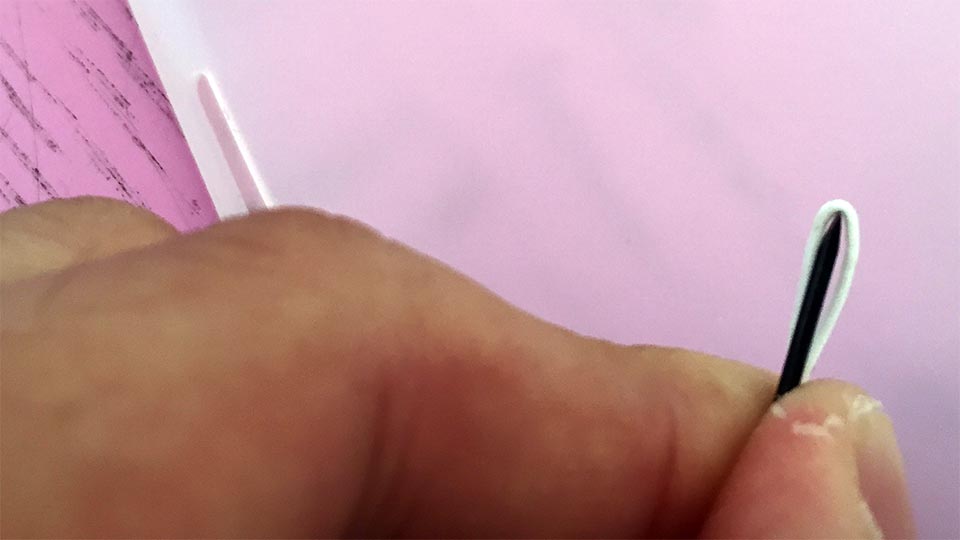 After opening the marked place with a 1.2 mm minus screwdriver (it can be opened easily), we put a strap on the tip of the driver and put it in the hole. 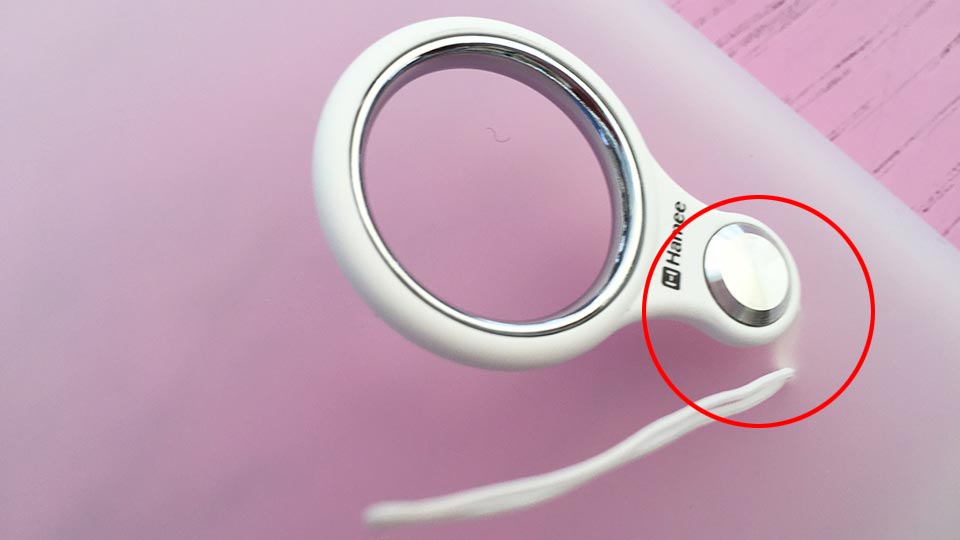 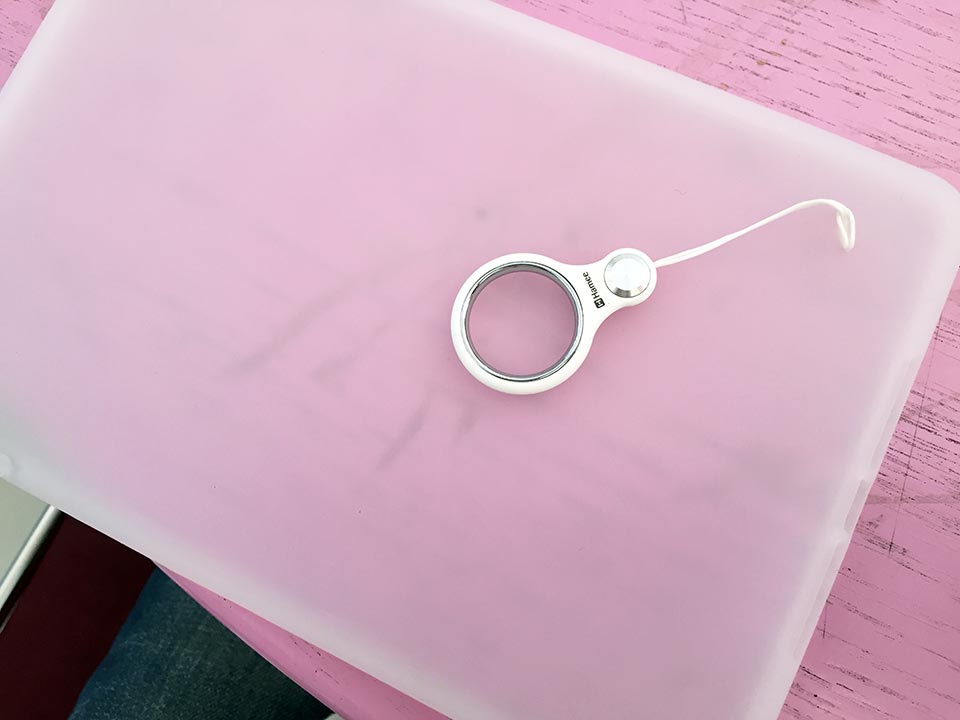 The result of passing the image above. I was able to install HandLinker Putto mobile strap. 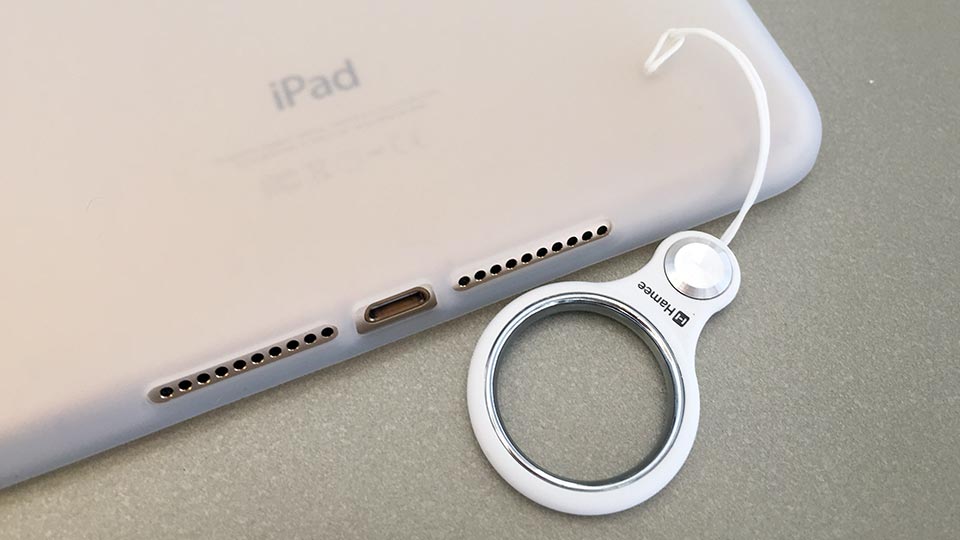 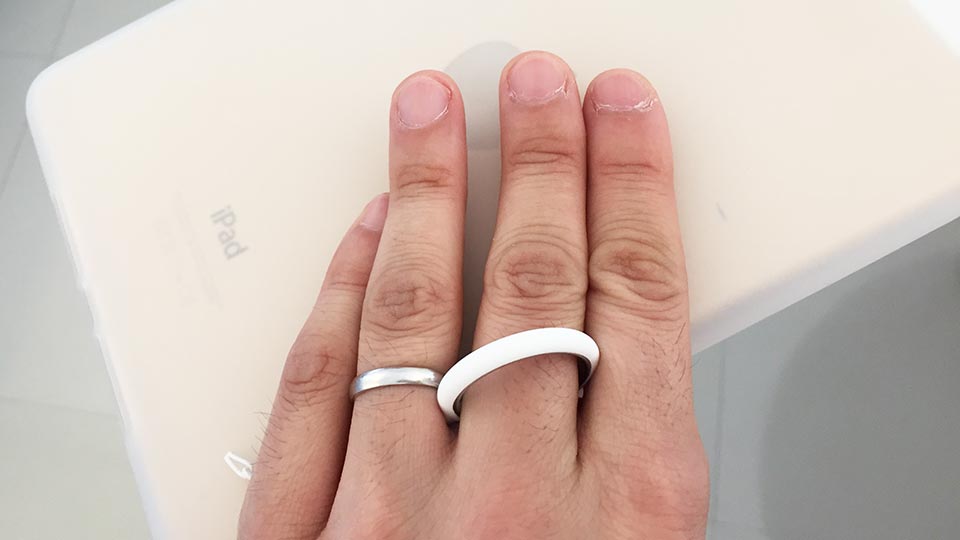 I took a finger on the ring and tried holding the iPad mini 4 in my hand. 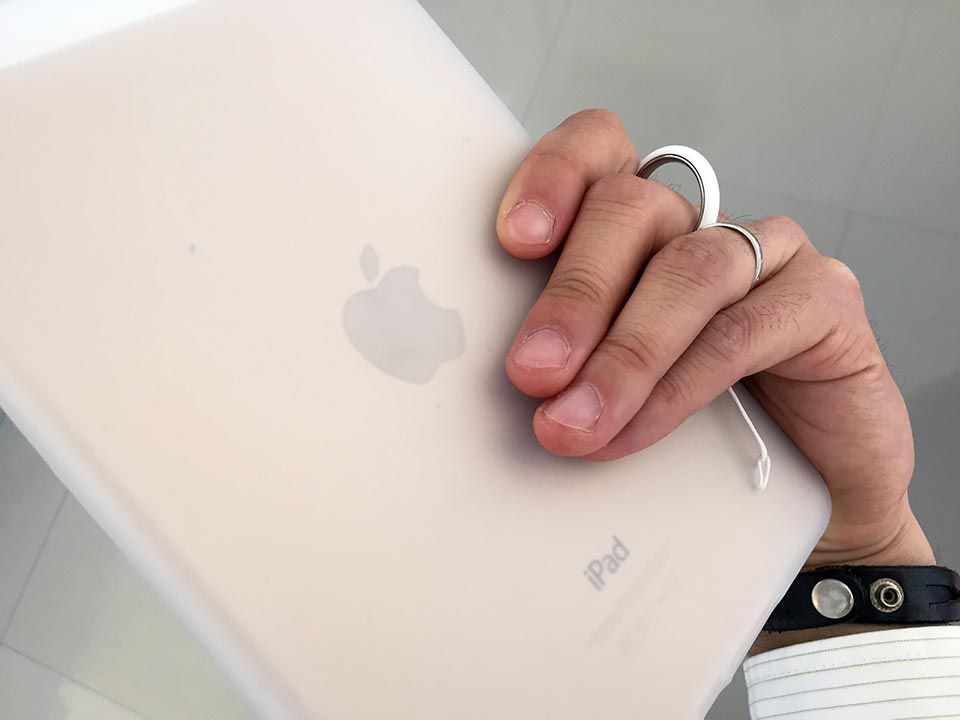 Shooting from a different angle. 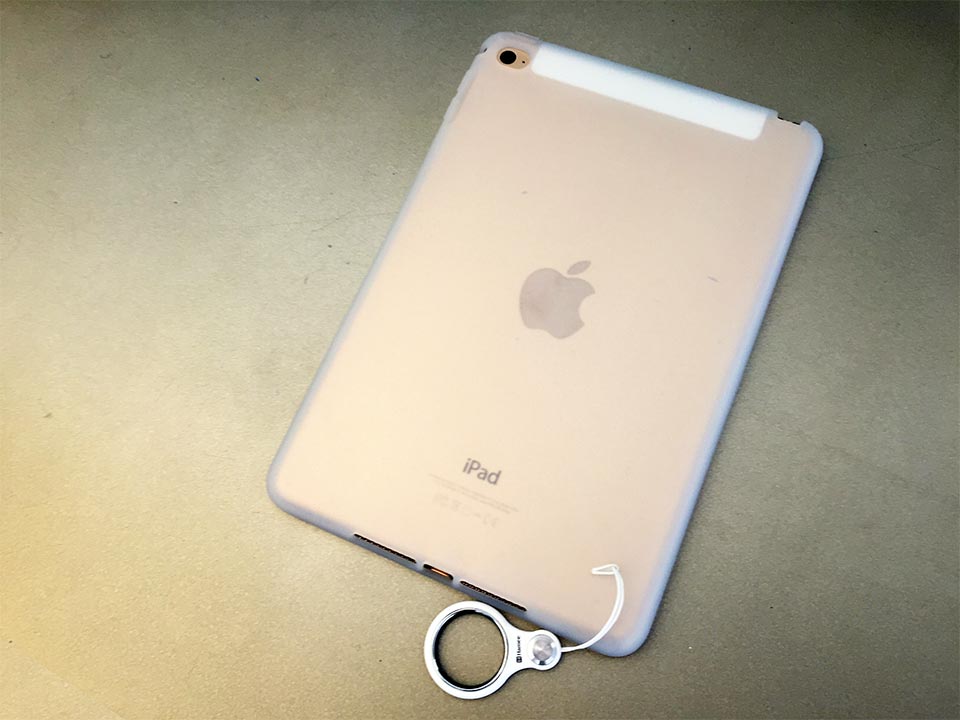 I tried photographing the whole figure.
Because there is size and weight of the iPad mini 4, there is a possibility that the iPad mini 4 falls off the cover and it falls when putting on this ring, but really it is only a quiet time, but better than nothing Or 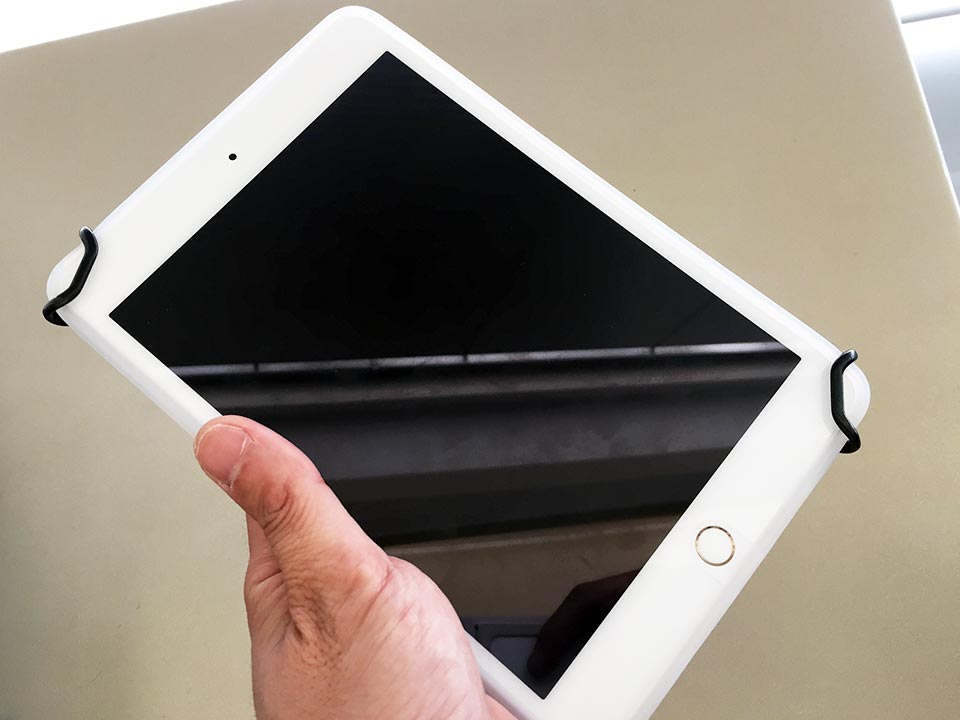 By the way, I attached the safety hand strap for SHC tablet PC introduced in the last article with ray-out iPad mini 4 silicon case attached. Like the previous article, we installed a hand strap diagonally. As the thickness was added, the sense of firmness of the hook part increased. 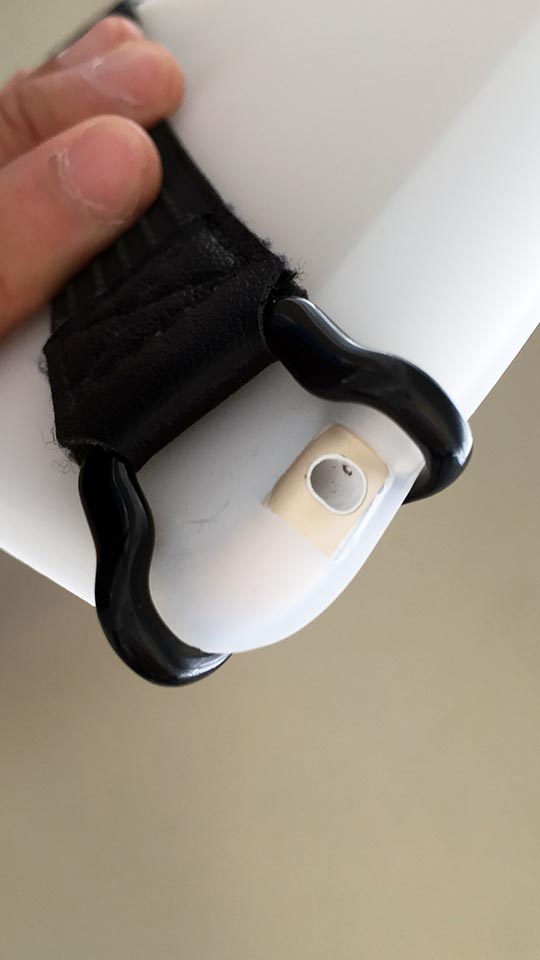 Earphone jack does not interfere in the same way. 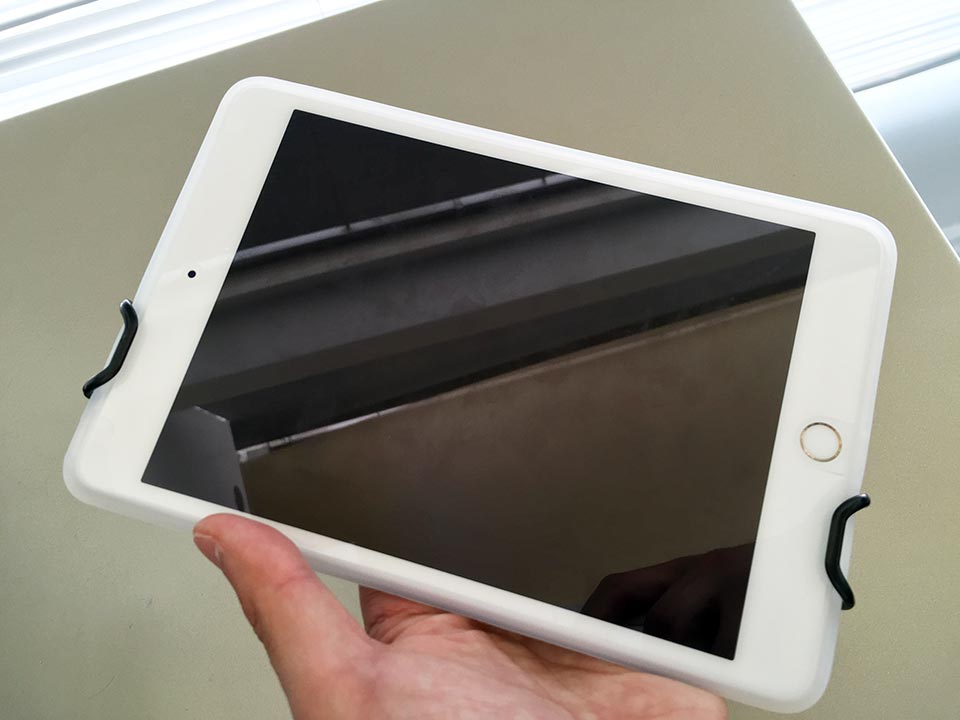 I installed the safety hand strap for the SHC tablet PC in the upper and lower parts of the iPad mini 4, but the hook part was firmly feeling better than before, but originally the ray-out iPad mini 4 silicone case is packed with Yuru Somehow, I became a belloon after a while. Again it seems better to be on the diagonal.

« For six months, I knocked down iPad mini 4 and thought that it was necessary to wear bunkering I examined charging of iPad »