Home > ja > For six months, I knocked down iPad mini 4 and thought that it was necessary to wear bunkering

For six months, I knocked down iPad mini 4 and thought that it was necessary to wear bunkering 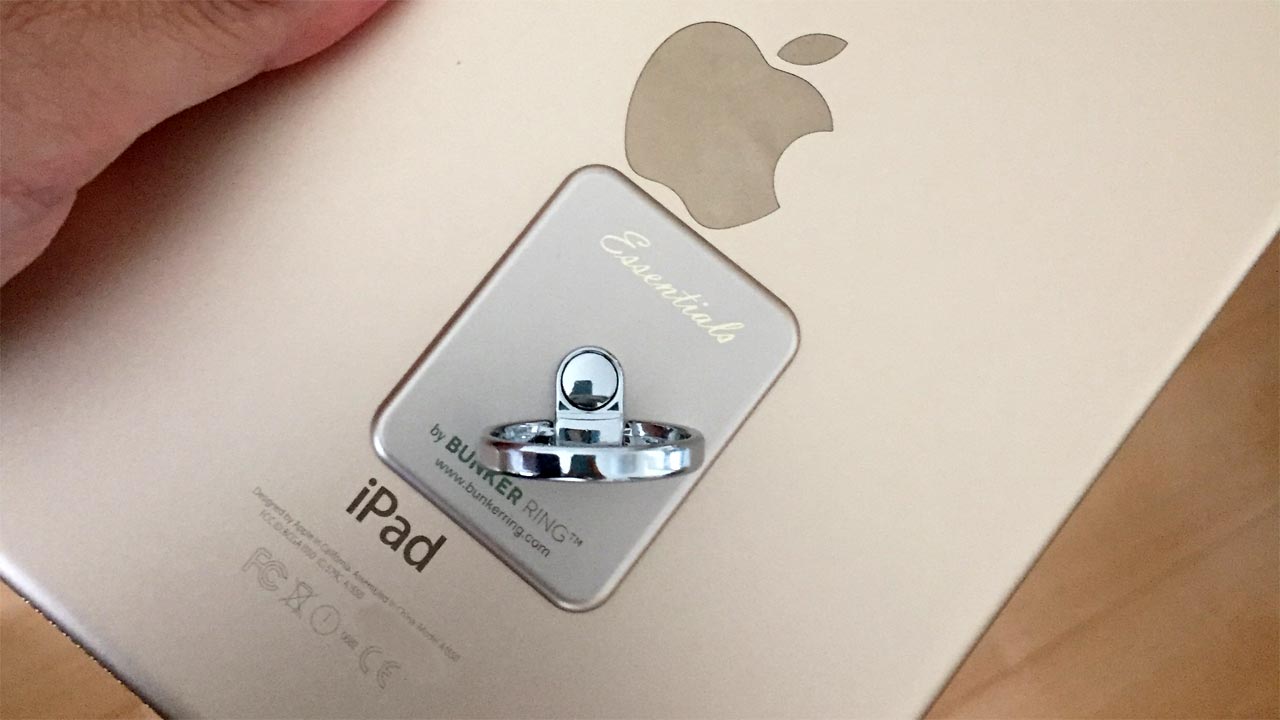 I wear a bunkering ring …

In order to use the iPad mini 4 anytime and anywhere, I have devised various ways to cover the size of this tablet, but when I actually use it I will notice various things.

For example, when commuting to work in the morning.
Although it is said to be the iPad “mini”, I often encountered it difficult to take out easily
“I do not touch it though it is such a nice terminal …”
I’ve done a lot of frustrating thoughts.

Also, while trying to hold by holding with both hands while standing
The iPad
“Truut!”
As it is supposed to be slipping and accidentally dropped.
Of course, some measures are necessary.
What scenes can not be put out and operated …
I’ve tried and error until now.

I tried wearing Apple Smart Cover which I bought with iPad mini 4.
However, while using it to use Cover and turn it
“One action”
It has become troublesome.
This “one action” is accumulating stress “turn over when using” stress.

Why not introduce finger rings to iPad mini 4, like Apple’s Smart Cover, just like the iPhone you’re using now?
I also thought that I drilled a hole in the cover of silicon and I tried using the ring through the hole.
The thing went well, but this also felt the weight of the silicone cover “firm”, so that it never be used day by day.

Furthermore, I purchased a hand strap that I hook on iPad mini 4 on Amazon.
Although I used it for a while, when my fingers itch it or put it in my favorite shoulder bag, the hooked part (really somewhat …) interferes with the back, the style does not get together quite well .

It will not work …

I stopped once and decided to organize how I want to use iPad mini 4 in the future.

Finally I finally arrived, it is bunkering to introduce this time.

This is what I actually bought! 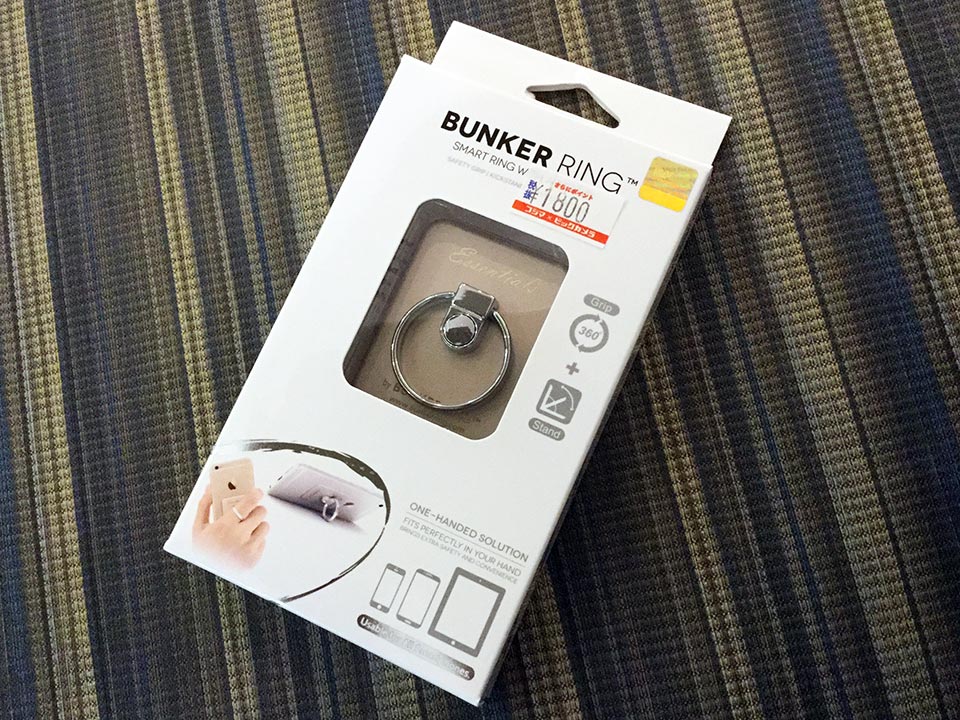 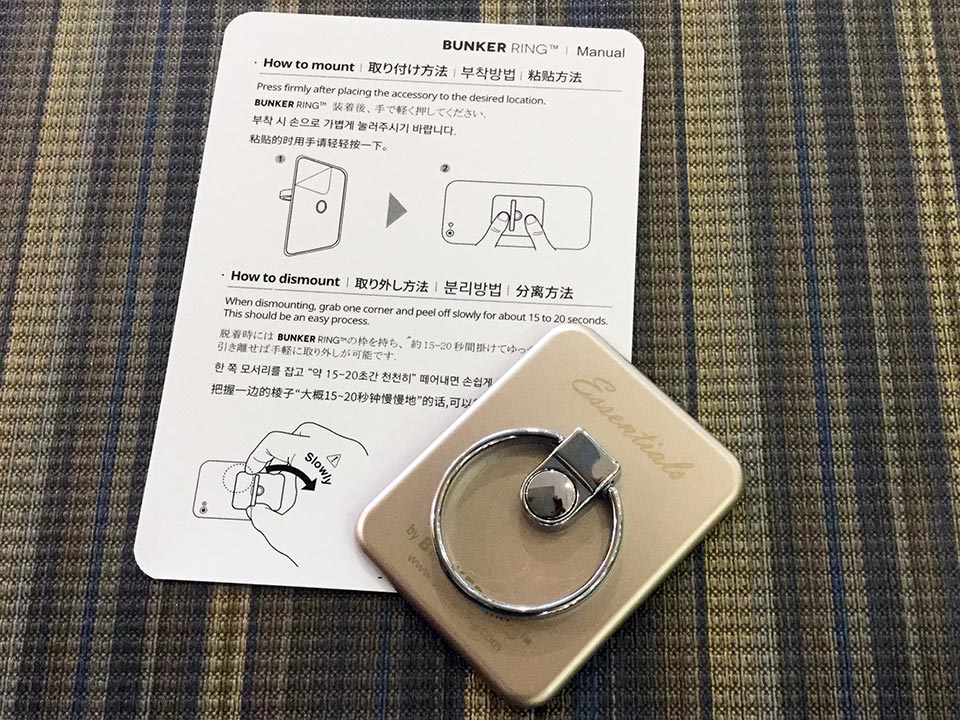 I opened the seal and confirmed it.

Actually, I bought this bunkering before, it was too hard not to be too soft to rotate the ring, just fine adjustment that was done, I liked it very much.
Adhesive parts attached to the iPad mini 4 can not be peeled off just by sticking perfectly.
Even if it fails, you can slowly detach it by slowly turning the plastic part under the ring in the clockwise direction (it is possible to rotate counterclockwise). 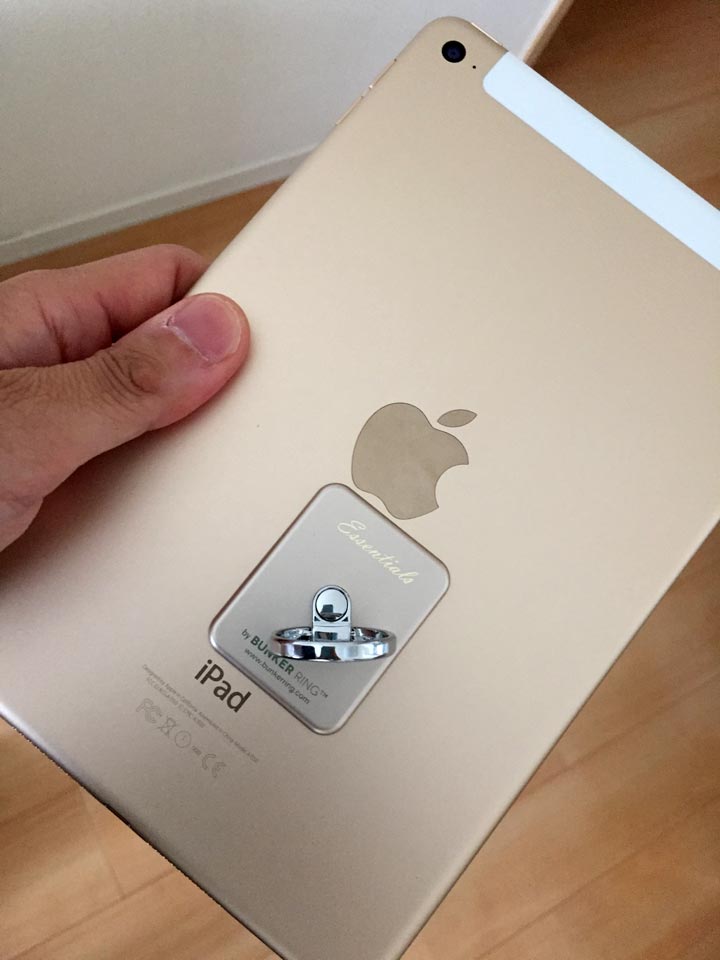 I tried installing on iPad mini 4.
Feel the texture on the ring, do not you feel? 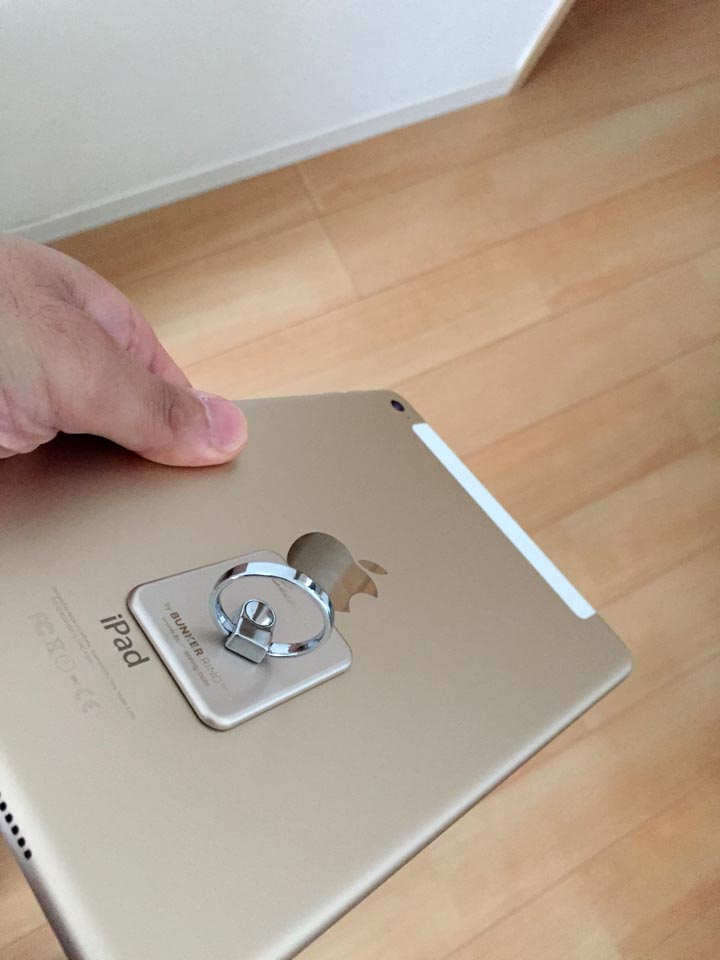 Well, that’s why I installed the bunkering a bit to the right, but one is when I get a smartphone or tablet
“Having with the left hand”.
And the other is to turn Apple Smart Cover into a triangle instead of a stand
“Position where the position of the upper image does not interfere”
That was the position of this image. 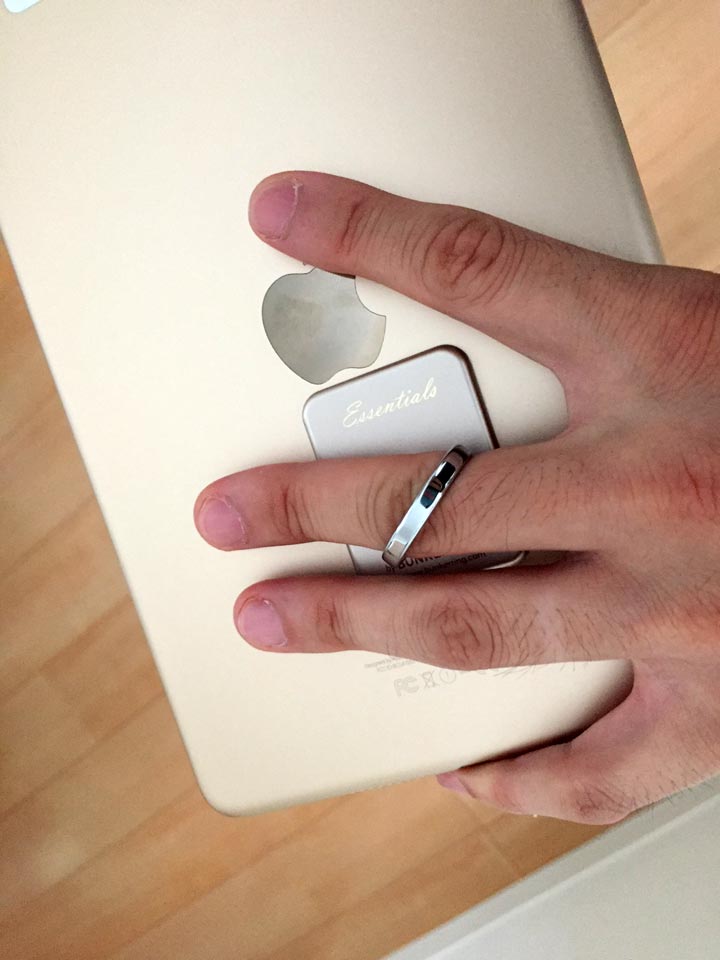 Stand up the ring like this …
Easy to put in your fingers (I pass through the middle finger) If you rotate the ring in a suitable place and hold it firmly and hold it firmly, it seems that you can operate with your left thumb alone if it is easy operation. Hold with both hands and stable input operation was also made.

I will try using the bunkering for a while.
Also, if you notice anything, I will post it.

« Purchase iPad mini 4 cover (Palmo for All iPad mini 1/2/3/4). It seems that you can operate outside with confidence in this … Personally satisfied with attaching “HandLinker Putto Bearing Cell Phone Strap” I wanted for iPad mini 4 from before. »